Desalination is one of the most important unconventional water resources and promises to be one of the definitive solutions to address water shortage problems.

The LIFE HYREWARD Project is initiated with the aim of increasing the sustainability of the desalination process by combining Reverse Osmosis (RO) process and Reverse Electrodialysis (RED) processes to harvest the energy available in the salinity of the reverse osmosis brine. The integration of the RED process with the conventional reverse osmosis process will allow the recovery of the electrical energy contained in the seawater reverse osmosis brine before its discharge into the sea through the generation of electrical energy, reducing the global energy consumption and improving the overall efficiency of the desalination process.

The project, led by SACYR WATER, will be developed by a multidisciplinary consortium comprising the Dutch sister companies REDstack (spin-off of WETSUS, the European Centre of Excellence for Sustainable Water Technology in the Netherlands) and Pure Water Group. The combined companies, REDstack and the Pure Water Group, offer a strong knowledge base specialized in the development and commercialization of electro-membrane technologies. The consortium met for the first time on 3rd of November during the Aquatech in Amsterdam to kick-off the project, that is financially supported by the European Commission under the framework of the LIFE Programme. Moreover, the consortium visited the Blue Energy pilot plant installed on the Afsluitdijk (the Netherlands), the first RED technology installation in the world which has been operating continuously since its beginnings in 2014, with a blue energy production capacity of max 50 kW.

Reverse Electrodialysis is a promising technology to generate electrical energy from salinity gradients. The blue energy generated in this process can be considered as a completely renewable and sustainable, CO2-free, source of energy that can contribute to the EU climate goals. The technology concept that will be demonstrated within LIFE HYREWARD Project, utilizes the RED technology to harvest the energy available in the salinity gradient between the reject of a seawater RO and the treated effluent of a Wastewater Treatment Plant.

In this way, the hybrid RO-RED process suggested in the LIFE HYREWARD process, will allow to recover up to 20% of the energy consumed in the desalination process, generating clean and renewable energy from the seawater RO brine, reducing CO2 emissions from the desalination process and thereby contribute to the mitigation of the effects of climate change. And moreover, the RED process will reduce the salinity of the SWRO reject, reducing the environmental impact associated with the brine discharge or even allowing to reuse it as feed water again for the SWRO process.

The LIFE HYREWARD project (LIFE20 CCA/ES/001783), which starts on the 1st of November of 2021, has a duration of three and a half years and a and a total budget of 2.2 million euros. The first experimental stage will be carried out at the Alicante desalination plant, operated by Sacyr Water, with the support and collaboration of the Mancomunidad de los Canales del Taibilla (an autonomous organization attached to the Ministry for the Ecological Transition and the Demographic Challenge), where the RED technology will be validated and optimized for energy generation. Subsequently, a second phase of experimentation will be carried out in a wastewater treatment plant in order to study the membrane fouling caused by wastewater, as well as the possible passage of organic micro-pollutants through the ion exchange membranes to the SWRO reject before reuse. 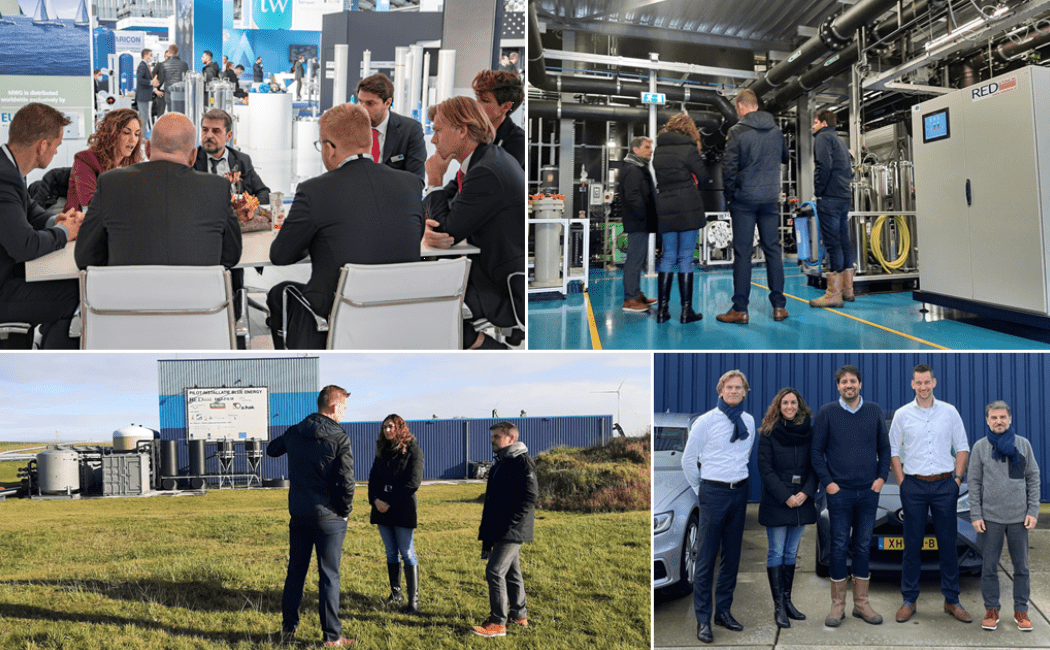