Our planet desperately needs more clean energy solutions. While the sustainable clean energy sources we have, such as wind, solar and wave generation avoid the consumption of fossil fuels and CO2 emission, they have critical limitations. The increasing energy demands around the world will only be met by fossil fuels – unless other sources can be developed that can efficiently deliver electricity on demand, or store energy.

In the search for clean, sustainable energy sources, a strong front runner appears to be hydrogen, which, as an elementary component of water, is already involving water purification technology in the process.

In many ways hydrogen can be thought of as a perfect fuel, or as a means of storing energy. It is lightweight and extremely abundant, producing no harmful combustion emissions. Used in a hydrogen fuel cell it can generate electricity, or with a reaction catalyst it can create heat. But due to its extremely low density and flammability in air, hydrogen is not easy to store, making it impractical to hold and transport in ambient conditions. It can be cooled to very low temperature, or contained under very high pressure, although both these storage options have serious cost implications and safety risks.

Despite the difficulty of storing the gas, hydrogen is still the most common fuel used by a group of electricity generation devices known as fuel cells. Although varying in design they all work by the same general electrochemical principle. Fuel cells have two main components – an anode and a cathode, between which is an electrolyte. Two chemical reactions occur at the interfaces between the electrolyte and the electrodes, creating an electric current between the electrodes. In addition to the electricity produced, the result of the two reactions is that fuel is consumed and water or carbon dioxide is created.

At the anode a catalyst, often platinum, oxidizes the fuel and converts it to a positively charged ion and a negatively charged electron. The electrolyte allows ions to pass through it while blocking electrons, which are carried by a wire in an electric current. The ions travel through the electrolyte to the cathode. Once reaching the cathode, the ions are reunited with the electrons and the two react with a third chemical, usually oxygen, to create water or carbon dioxide. The cathodic reaction is often catalyzed by nickel.

Typically, individual fuel cells produce a voltage from 0.6 V to 0.7 V, working at the full load for which they are rated. To deliver the desired amount of energy, the fuel cells can be combined in series to yield higher voltage, and in parallel to allow a higher current to be supplied.

Major automotive manufacturers have developed a number of electric vehicles powered by fuel cells. While these vehicles are in the same clean technology market as battery-only cars, they have advantages in certain performance aspects. Perhaps the most important advantage is that they have no limitation in range, as even existing vehicles can be refueled from compressed hydrogen in just a few minutes.  In addition, fuel cells can produce comparable power to internal combustion engines with nearly half the energy consumption and greenhouse gas emissions. 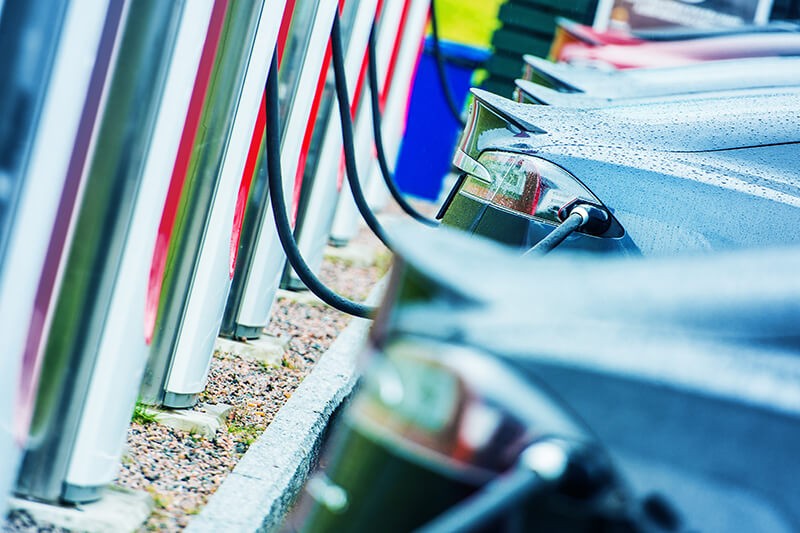 As already outlined, hydrogen can be stored and transported in compressed, or liquified form but this is far from ideal. One solution to the hydrogen storage problem is to generate H2 on demand, at the point of use.

The way to facilitate this would be to bind hydrogen to a “carrier”, which would make it possible to store and transport the fuel under atmospheric conditions. We are working very closely with a hydrogen fuel company which adopts this approach and uses Ultra Pure Water as a central part of the process.

Invented and developed in The Netherlands, this breakthrough technology is called H2Fuel. The production, storage, transportation, and consumption of H2Fuel does not produce harmful emissions such as CO₂ or other harmful substances. It can be stored, transported and consumed under atmospheric conditions, is suitable for many purposes (in addition to automotive, aviation, shipping and other transportation), can be distributed by means of the existing infrastructures for fossil fuels (also inner-city filling stations), is commercially acceptable for the large-scale storage of electrical energy and can be introduced in a reasonably short time, since there are no technical barriers to prevent its implementation. H2Fuel can also provide large-scale and small-scale energy and heat supplies without the need for a network, will bring stability at times when sustainable energy fluctuates, and can be produced, stored and transported globally.

The basic process involves binding hydrogen to sodium borohydride (NaBH4) together with Ultrapure Water (UPW). An activator consisting of highly diluted hydrochloric acid, or a catalyst, or a combination of both, triggers a reaction in these substances:

During this instantaneous reaction not only the hydrogen from the sodium borohydride is released (4H) but also the same quantity (4H) from the water, as well as heat. This means a yield of 8H for a production of 4H. The efficiency is 98% of what is theoretically achievable. No alternative has this extremely high efficiency.

The reaction takes place exothermically, on demand, within seconds and the residues can be reused for conversion into sodium borohydride following a recycling process.

H2Fuel can be supplied in dry form (light and highest concentration), as a pumpable slurry (lower concentration), or as a liquid (ready for use and the reaction concentration). Dilution takes place with UPW at the distribution point and in the consumer’s installation.

The economics of the H2Fuel system are very favorable.  For vehicle propulsion, for example, including the cost of transportation to the distribution points, but excluding the costs of the installation and business operation, the cost for the consumer is cheaper than diesel fuel per unit of distance driven. This extremely low price is the result of, among other things, the reuse of the residual products, the use of heat that is released during the reaction, but mostly of the extraction of hydrogen from the ultrapure water at no cost.

Cost benefits also apply to other forms of transport and are not limited to energy efficiency.  For instance, a practical advantage of powering ships by H2Fuel is that, as fuel oil is not consumed, fuel ballast tanks become redundant. This is because they are not required to compensate for any significant loss of fuel mass while at sea.

Producing hydrogen in this way requires a supply of Ultrapure Water to ensure that the performance and consistency of the reaction is maintained. Advanced Electrodeionization (EDI) technology is used following Reverse Osmosis (RO) to apply the final polish. Consuming only electricity, compact EDI equipment can operate continuously, making pure product water of consistent quality, without chemical waste.
Companies constantly focus on reducing operating costs, improving efficiency and eliminating the use of hazardous chemicals in the workplace. For High Purity and Ultrapure Water production, RO-EDI strongly supports these goals and many thousands of systems have been installed over 30 years, operating successfully in many environments.
At Pure Water Group we are working with H2Fuel to develop UPW systems that can be installed at filling stations to run on tap water.

Most EDI modules are built with membranes that are permeable to either cations or anions, in an alternating sequence. The spaces between them act as liquid flow compartments, each with an inlet and an outlet. Dependent on the polarity of the ion exchange membrane and its orientation to a cathode or anode, an individual compartment either depletes the water of ions (dilution) or accumulates ions (concentration).
To facilitate ion transfer in low ionic strength solutions, the dilute compartments and sometimes the concentrate compartments, are filled with ion exchange resins. In an EDI module, a part of the feed flow, approximately 5% of the volume, continuously washes out the ions from the concentrate compartments. This concentrate outlet, also called the reject stream, is recirculated upstream of the RO system to be recovered, while the dilute compartments deliver purified product water.

Unlike traditional Ion Exchange resin systems, EDI needs no chemical regeneration. All EDI devices producing ultrapure water work in electroregeneration mode, in which the resins are continuously regenerated by H+ and OH- ions, released by the electrically-induced dissociation of water molecules