On the 25th of October US Ambassador Mrs. Marie Yovanovich travelled to the city of Mariupol, south-east Ukraine, for the start-up ceremony of the Pure Water Group electro dialysis / desalination pilot system.

The pilot system is delivered and installed by the Ukraine company HT Engineering. As the pilot system is based on the Evoqua USA NexED electro desalination technology, the US ambassador was invited by HT engineering for the official opening ceremony. Obviously representatives of all parties involved were present at the Starokrymsk filtration station at Mariupol, Donetsk region. Among the other Ukrainian officials present were the minister of occupied territories, Mr. Vadim Chernysh and the mayor of Mariupol, Mr. Vadim Boichenko. 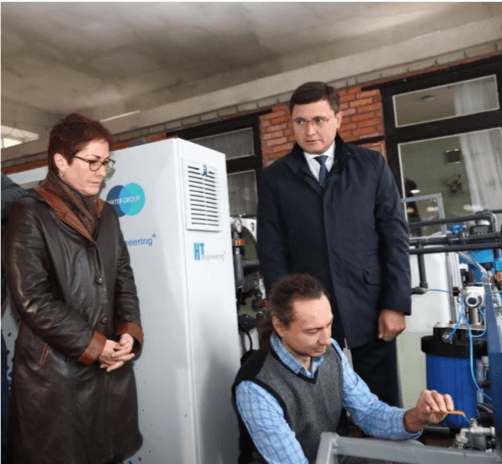 Short version of the opening speech of Mrs. Yovanovich

“I just want to say, it is a thrill to start this cutting-edge technology that can produce safe drinking water not just for the city of Mariupol but for anyone in the world. Obviously, there have been historical issues with the quality of the water here and the war has only made things worse. It’s our firm believe that the people of Mariupol, like all the people in Ukraine, deserve to live in peace and prosperity, but also in healthy conditions, that includes the access to clean drinking water.
I am really glad that a team of the Ukraine based HT Engineering, Pure Water Group from the Netherlands and Evoqua Water Technologies from the United States are showing what can be achieved when these people tackle a problem together. The environmentally and ecologically efficient electro desalination technology is an important step towards clean water supply and living a healthy life in Mariupol.”

Official start of the pilot system by
US Ambassador Mrs. Yovanovich 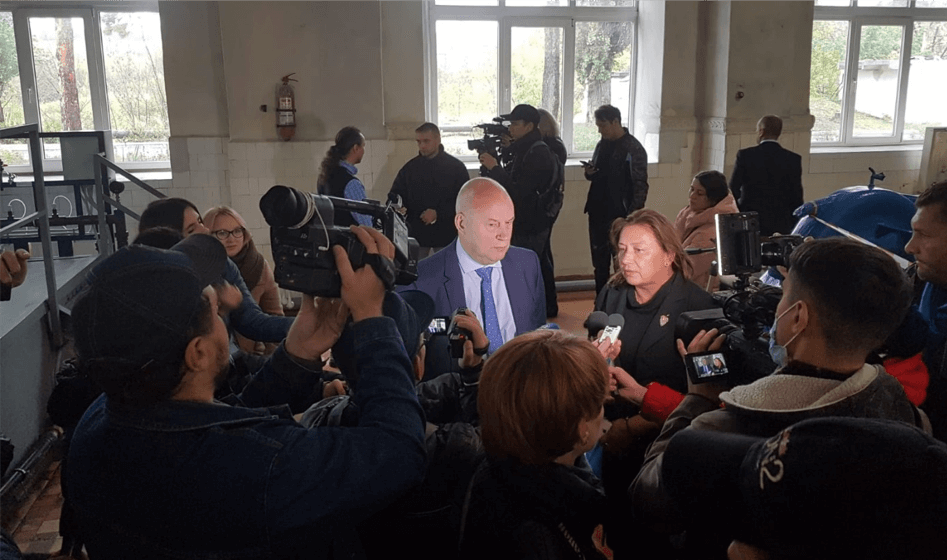